Way before I ever was a twinkle in someone’s eye, my Great Grandma Dunn saved money selling eggs. With this money, she purchased furniture and little knick knacks from traveling salesmen. One of her purchases was a little folk art bentwood log cabin smoking stand. It was about 30 inches tall and the neatest feature is that the roof lifted off of the log cabin. She never used it as a smoking stand. I imagine she bought it because it was whimsical and caught her fancy. I cannot imagine that she ever dreamed how much of a financial drain that stand would become for my uncles.

I know this might come as a bit of a shock to some people but I was a born entertainer. I don’t know how my family discovered this trait. Perhaps it was my proclivity to mimic like a myna? Or my propensity to make myself the center of attention? Whatever the reason, Grandma and Grandpa Yelton’s house was the perfect place to display my talents as there was usually a captive audience to be found around the kitchen table. When I began to speak clearly, which according to my mom was about at the age of one year, my great uncles started “rehearsing” me. In the early 1960’s, Tide released a commercial where they used the phrase “Intensified Tide.” Since I was born in 1964, that commercial was still running. My uncles coached me so that when I came through the door, I would shout out, “Intensified Tide!”

You can only get so far with one one-liner. I needed to expand my repertoire. They taught me more little songs, limericks, jokes, commercial tag-lines but in order to keep my attention, they began to bribe me with money. I don’t know exactly when they began putting the money under the lift-off roof of the smoking stand but it didn’t take me long to catch on. I would run into the house, sing or recite a joke or commercial, and then run to lift the roof off the stand to see what coins would be there. Mostly, there would be a couple of pennies or a nickel but on the rare occasion, there would be a quarter! I know a lot of people wouldn’t even stoop to pick up a quarter nowadays but in the late 60’s, a quarter would buy a heck of a lot of candy!

Sometimes they would forget to put money in the log cabin. Grandma told me that after my “performance” when I went to collect my pay, if the cabin was empty, the next time I came to the house, I wouldn’t open my mouth until I checked to see if my “fee” was under that roof. I must have been fairly entertaining because I cannot recall there ever not being some kind of change under there for me.

I briefly tried a side gig. My Uncle Buck was the Virtuoso of the Veg-O-Matic. With his calloused fingertip, he would pluck the blades of that thing and make them “ping.” I guess I figured that if I added an instrument to my act, my pay would increase. After begging and pleading with him, Uncle Buck began teaching me the nuances of the Veg-O-Matic. You had to carefully flick your finger at the appropriate angle to get a “ping” out of the blade otherwise, you might slice and dice your fingertip. After a bit of coaching, I was ready to make Ron Popeil and Uncle Buck proud. As the story goes, I began to play… “Ping!” “Ping!” “Ping!” “Ouch!” The tears flowed and sadly, my Veg-O-Matic playing days were over.

Grandma Yelton gave me the smoking stand years ago when I got married. Even now, I occasionally lift the roof. I don’t know what I’m looking for since I no longer give command performances but old habits die hard. But what fun it would be to run through that kitchen door just one more time to see their faces and hear them laugh. I might even try to revive the lost art of Veg-O-Matic playing!

This is the little bentwood smoking stand that honed my performance skills. 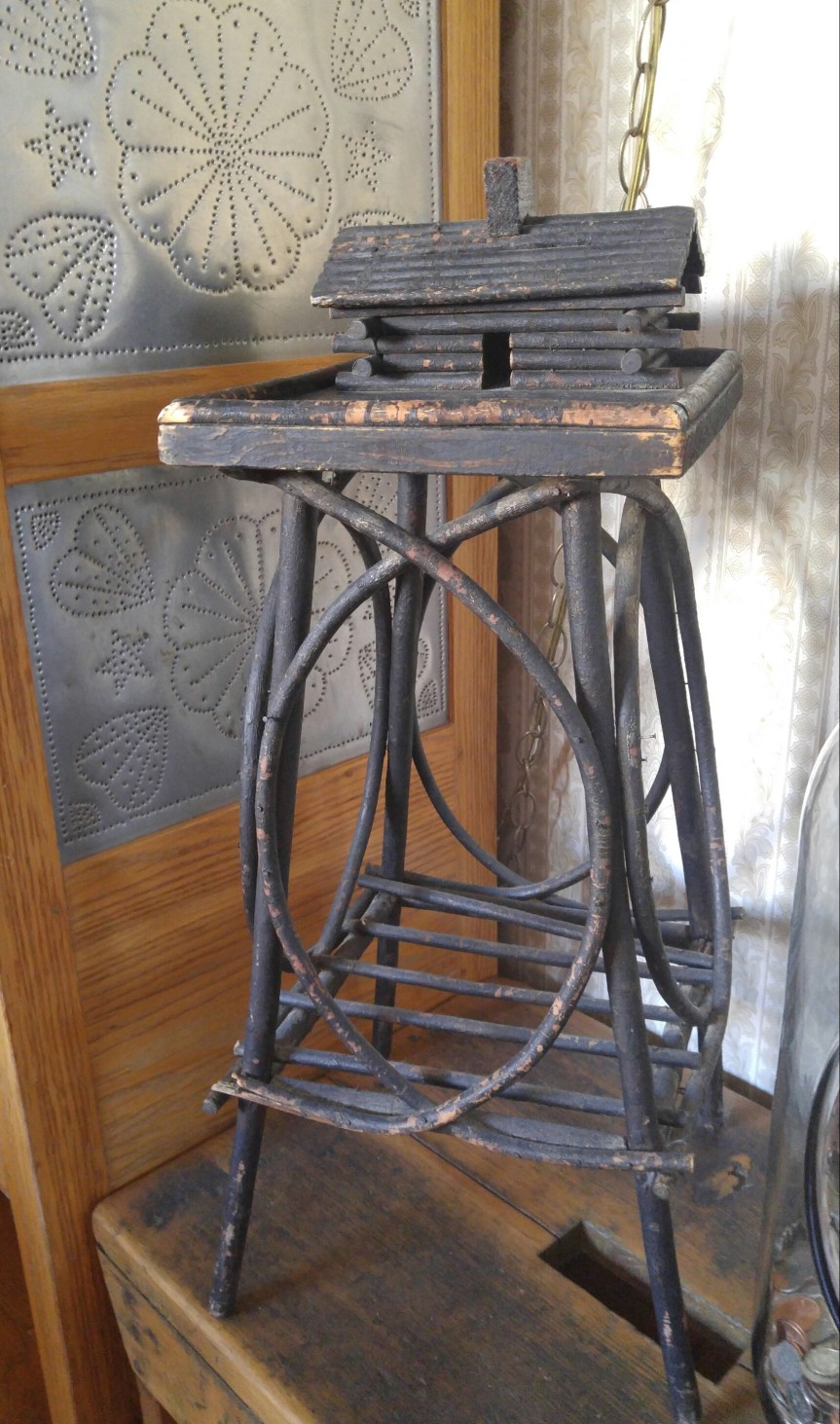 © Nancy Deaton Mullins, 55 and Getting Fit and And The Tenth Time, 2016 to 2020. Unauthorized use and/or duplication of this material without express and written permission from this site’s author and/or owner is strictly prohibited. Excerpts and links may be used, provided that full and clear credit is given to Nancy Deaton Mullins and And The Tenth Time with appropriate and specific direction to the original content.